No Blame - Other than taught messages from an intolerant society.

My mother has repeatedly asked what she did or didn't do that she 'should' have. This note was written in an attempt to convince her that she not only did nothing, but that no one could ask for a more loving supportive mother than she is.
* 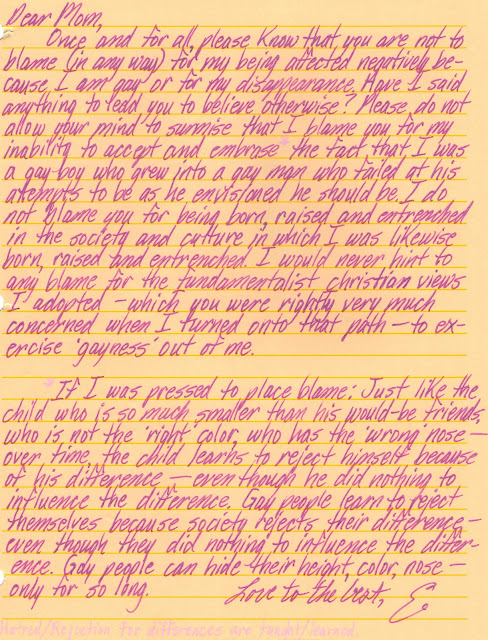